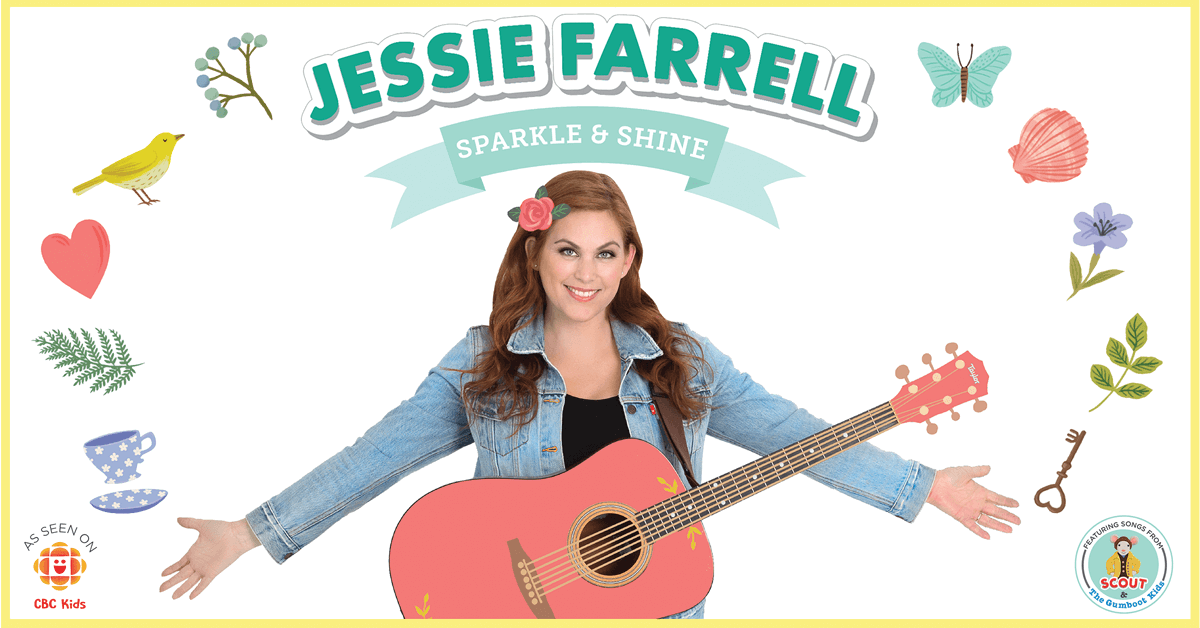 Music has a beautiful way of capturing moods and moments and expressing them more eloquently and impactfully than images or words alone.

Jessie Farrell has provided the soundtrack for Scout & The Gumboot Kids, and more recently, Daisy & The Gumboot Kids - filling each episode with a clear sense of the wonder and magic that we feel as we explore the natural world through our children’s perspective.

We caught up with Jessie, who lives in North Saanich, BC with her husband and two children and has just launched her new album "Sparkle and Shine", to learn more about the inspiration behind the Gumboots music.

GBK: What was your inspiration for the album?

JF: My inspiration comes from seeing the natural world through my children’s perspectives. Every time we go outside they notice and observe so much magic and wonder. I also want children to never be afraid to sparkle and shine.

GBK: What is your favourite way to spend a day with your family?

JF: My favourite way to spend time with my family is going where the wind takes us without having to rush. We love going to the beach for a picnic or visiting the aquarium.

GBK: How are you a Gumboot kid?

JF: I’m a Gumboot kid because I like to go outside every day - even if it’s just for a putter in my garden, I love using all my senses to observe nature. Some of my favourite songs have been written while bundled up and going for a walk outside.

"When the sun shines
on the corn maze,
We go outside to run and play.
There’s a freedom
in running through those rows
a simple freedom I can’t explain"

You can find this song and so many others on Jessie Farrell's newest CD
Sparkle & Shine.

Gumboot Kids from around the world click here to listen to Jessie Farrell's songs.